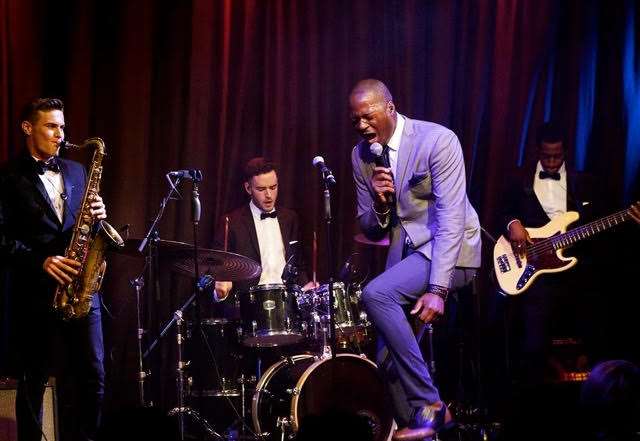 Considered one of the greatest soul singers in the United Kingdom, he became known for his work with the no longer with us Amy Winehouse as a leading vocalist in her band and for contributing to her platinum record while also participating in her Grammy-award winning album (Back to Black Deluxe), The DVD of »You know I Was Trouble» and the songs «Hey Little Rich Girl» and «You’re Wondering Now».

After Amy’s death, Zalon kept on working on the album they started together as a vocal director of the album “Leona: hidden treasures”, and since then, he has followed an unstoppable career on stages of all around the world, showing his seductive and electrifying voice to very diverse audiences and consolidating himself as one of the few soul artists with the charisma and musical wisdom necessary to compare with the greatest artists of the golden age of soul music.

At his concerts, he offers a selection of great soul classics in which he will make us travel to the times of Marvin Gaye, Curtis Mayfield or James Brown, a tribute to Amy Winehouse with several of the immortal songs and of course, songs of his own album called “Liquid Sonic Sex”.