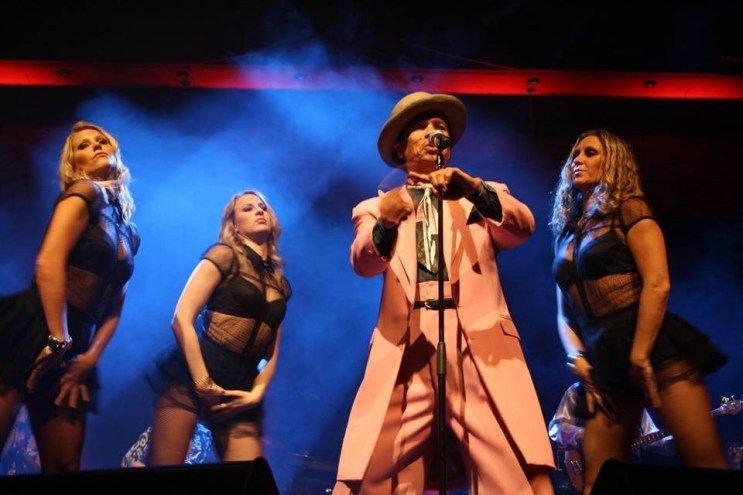 Kid Creole and the Coconuts

The legendary Kid Creole and the Coconuts band, created by singer and guitarist Thomas August Darnell Browder celebrate their 38th anniversary this year.

Their first albums Off The Coast of Me, 1980, and Fresh Fruit In Foreign Places, 1981, were very well known, but not commercially successful.

The band achieves its first commercial success with the “Tropical Gangsters” album, 1983, and begins to become famous in the United States.

It was in the 90s when Kid Creole and the Coconuts began to be known internationally and started to perform worldwide.

Kid Creole fused the big band sound with everything that came up: calypso, soca, salsa, rhythm and blues, soul, jazz, funk, hip hop and much more, with a strong accent in the Caribbean. They became pioneers of what became known as mestizo music, with other words – a delicious and strange medley of good vibes.