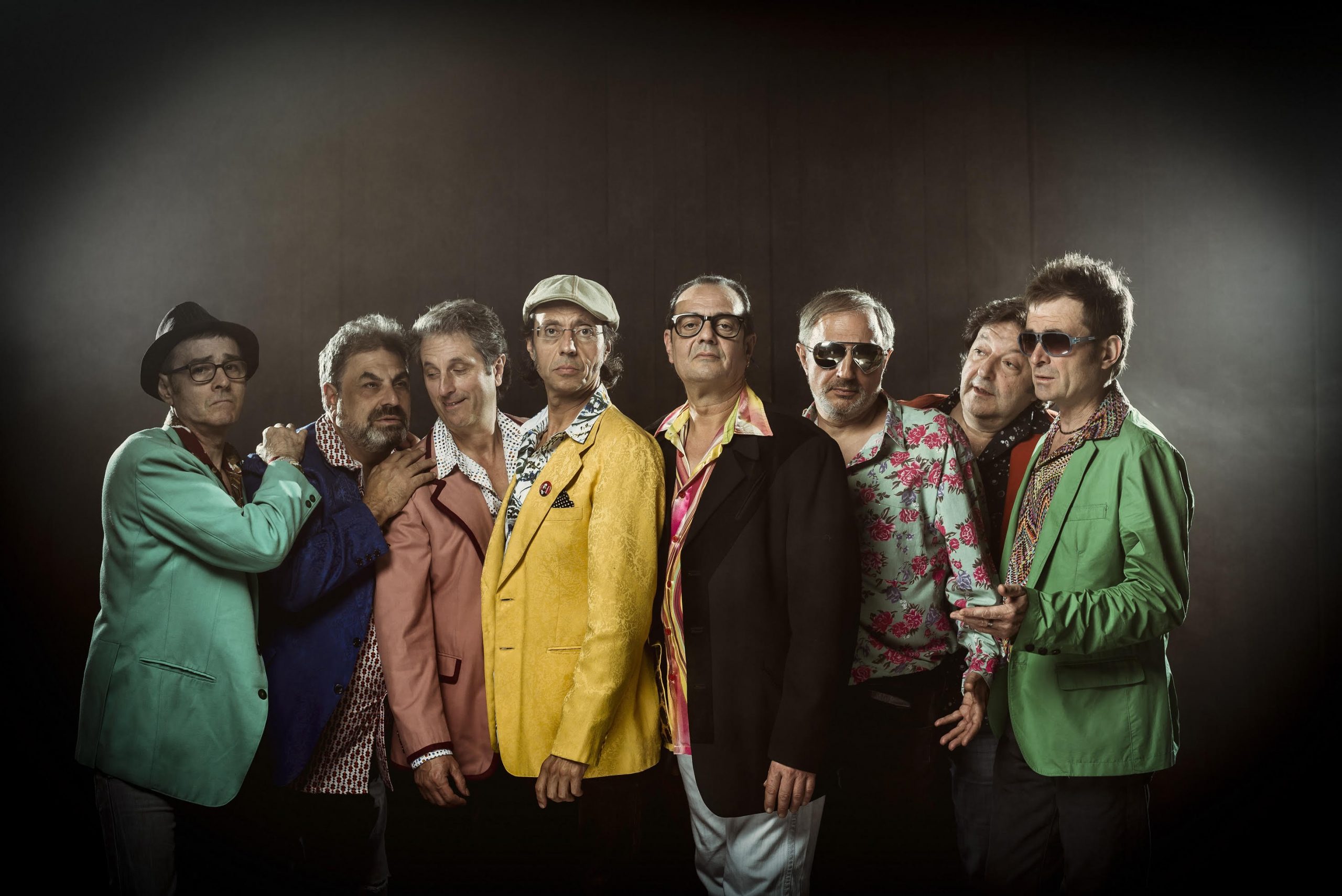 The origins of Los Manolos dates back to the end of 1989, when ten friends from Barcelona, fans of the “Rumba Catalana” began to practice this genre combining it with instruments and a rocky attitude. In their repertoire they included rumbas of Peret and Gato Pérez, adaptations of pop themes (“All my Loving”, Strangers in the Night ”, or “El Meu Avi ”, for example) and some songs of their own creation such as “Esa rumba va», «Dame un beso» or «Hazme un francés, Inés».

Their performance and looks caught the attention of the press and multinational company RCA (BMG-Ariola), who signed them after performing at a party. Their first album, Pasión condal, recorded in 1991, became number 2 in Spain and became the third best-selling Spanish album. Their version of a song of The Beatles ranked number 3 in Spain and was considered years later by the newsletter “El País” as the summer hit of 1992.

That same year they recorded their second album, Dulce Veneno, and performed at the Closing Ceremony of the Olympic Games of Barcelona in 1992. They also recorded a version of “Amigos para Siempre” by Sarah Brightman and Josep Carreras, anthem of those Games which ranked them number 3 in the whole country.

30 years have passed since the Olympic dream, and we want to celebrate it. Los Manolos, survivors of that historic moment, continue to take to the stage with more enthusiasm than ever, ready to take Rumba music wherever they want joy and party, and offering vibrant concerts to their unconditional audience.
This 2022, in addition, arrives with news:
In September 2021, as a result of the collaboration of the revelation group The Tyets, the song and video clip “La dels Manolos” was born. The single was presented on stage at Los 40 at the Montjuïc Olympic Stadium with a “sold out” and a big party.

Next March, Los Manolos will release their new single and video clip “La Tía Pepi (Bum, Bum)” produced by Joan Borràs (Oques Grasses), and we advise you that it will make you sing and dance like never before.